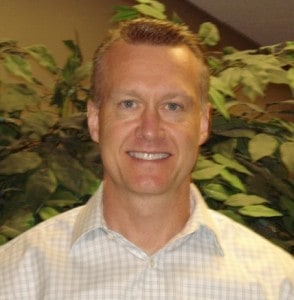 Bearfield brings over 34 years of comprehensive experience in food manufacturing to Perry’s.  His career spans early years spent at Upstate Farms Cooperatives to general manager at Rich Products in four different states and internationally in South Korea.  Bearfield’s most recent roles include, plant manager at Sweetworks Confections and partner/plant manager for Ru’s Pierogi.

In his role as director of manufacturing, Bearfield will be responsible for managing production, sanitation and the packaging center to ensure safe quality foods and cost standards are met for manufactured products.  He will also work closely with Perry’s vice president of operations on long-term strategic plans and capital projects.

Bearfield is a graduate of Medaille College with a bachelor’s degree in business.

Bearfield and his fiancé reside in Hamburg, N.Y. His only son Jake Ryan now resides in Savannah, Georgia.  In addition to his role at Perry’s, he serves as board chairman for “In HIS Name Outreach”, an organization dedicated to fighting the war on addiction

About Perry’s Ice Cream­­­
Perry’s Ice Cream, founded in 1918 by H. Morton Perry, and headquartered in Western New York, is a family-owned and operated fourth generation ice cream manufacturer with over 350 employees.  Perry’s Ice Cream uses fresh milk and cream from local farms to proudly craft and slow-cook its ice cream products for an exceptionally creamy texture and taste thatconsumers have fallen in love with for close to 100 years.  For additional information about Perry’s Ice Cream, visit:  www.PerrysIceCream.com or @perrysicecream.