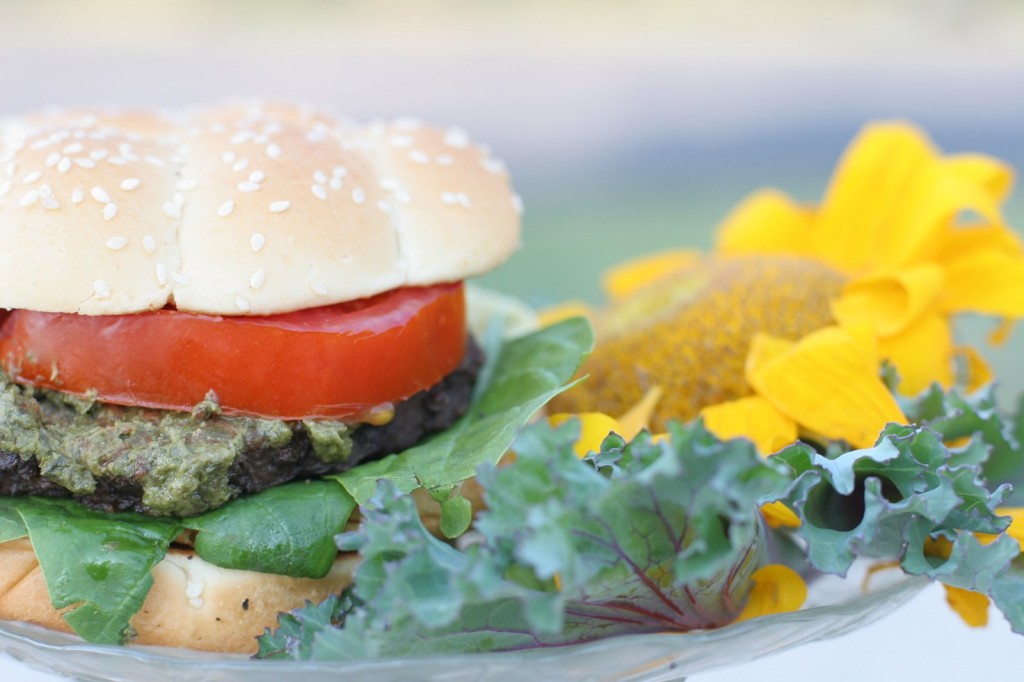 “Cooking and creating recipes is my passion. While I was developing the recipe for the competition, my daily work at Perry’s inspired me to ask ‘why not?’ try adding ice cream, said Gawlik.  I knew the surprising ingredient would be an attention-getter plus the ice cream made the burger tender and the pesto sauce extra creamy, with just the right amount of sweetness.”

The “Perfect Burger” judges scored the 10 competition finalists on a scale from 1 to 10 in categories such as taste, creativity and presentation. The highest total score was declared the winner. Gawlik’s winning burger also received honors for the “Juiciest Burger” and most “Consumer Friendly Burger”.

The competition’s grand prize was a BeefEater Gas Grill donated by the New York Propane and Gas Association and a year’s supply of ground beef (an average of two pounds per week) or veal (an average of one pound per week).

Gawlik teaches cooking through Pampered Chef and also creates her own recipes for food classes. She also creates custom recipes for classes and others who may request them, such as a newlywed looking to improve skills in the kitchen. This is the first time she has entered one of her recipes in a contest (source:  The Daily News).

Perry’s Ice Cream, founded in 1918 by H. Morton Perry and headquartered in Western New York, is a family-owned and operated fourth generation ice cream manufacturer with frozen distribution services.  Since its humble beginning, when hand churns and horse-drawn delivery wagons were used, Perry’s has maintained one of the most modern, state-of-the-art production facilities in the country to produce over 13 million gallons per year of great tasting ice cream, craft-made one batch at a time.  With over 300 employees, Perry’s sells and distributes to New York, Western Pennsylvania, New England and Northeastern Ohio.