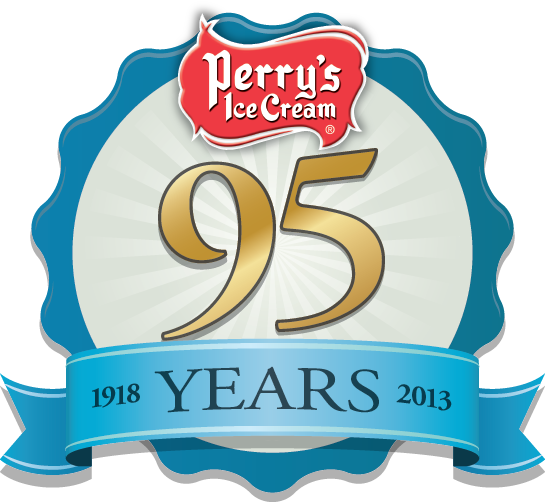 Akron, N.Y. – October 1, 2013 – In honor of its 95th year in business, Perry’s Ice Cream is celebrating with the release of a limited edition anniversary flavor fitting of its hometown in Western New York, Sponge Candy.

Sponge Candy is caramel sugar flavored ice cream with caramelized sugar swirls and sponge candy pieces.  Similar to the chicken wing, sponge candy has a cult-like following among Buffalonians. “This summer we introduced Sponge Candy at our ice cream stands and the consumer response has been tremendous,” said Bob Denning, president and chief executive officer. “When we began discussing a 95th flavor, Sponge Candy was the top choice to honor both four generations of ice cream craftsmanship and our community that has supported us for almost a century.” 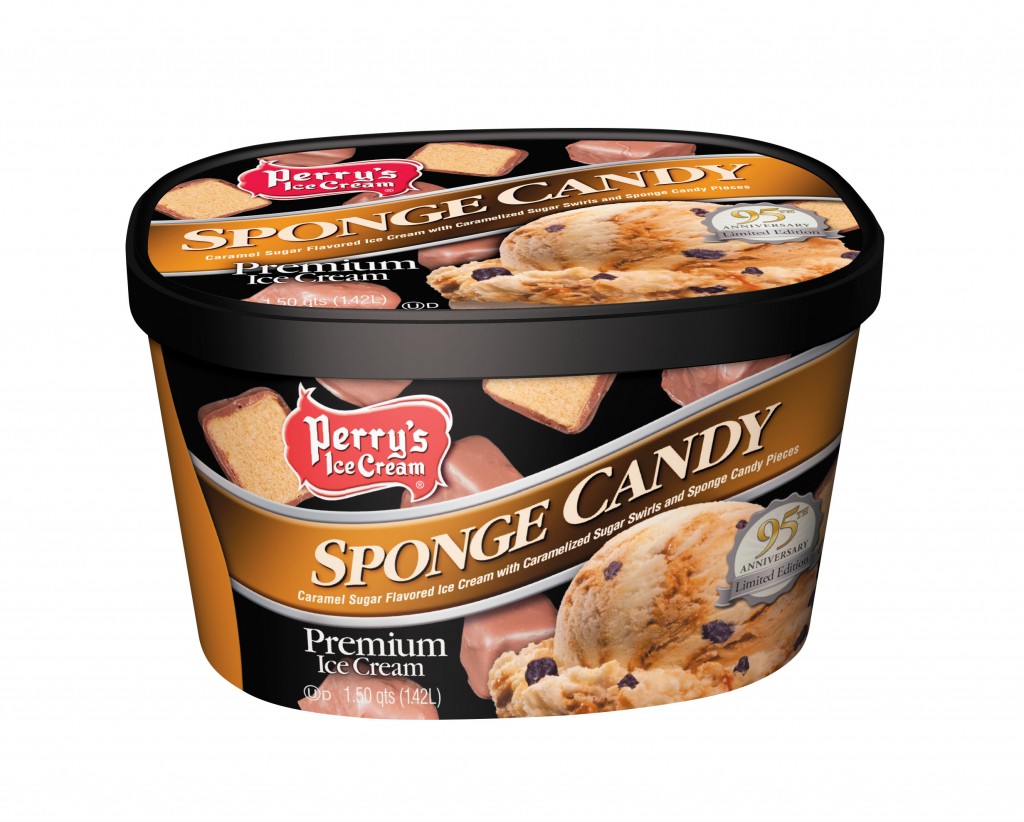 Perry’s humble beginnings date back to 1918, a time when H. Morton Perry, a broom maker by trade, seized his American dream by purchasing a horse-drawn milk route in the village of Akron.  On his first day of business, Morton delivered 29 gallons of farm fresh milk to the homes of his new customers.

During the Great Depression, Morton was asked by the cafeteria manager at Akron Central School to supply ice cream to the children as a treat. Morton responded with his usual eagerness and entrepreneurial spirit.  The first batch of Perry’s Ice Cream was cooked on the kitchen stove using his mother’s family recipe.  Morton, with the help of his 17 year-old son Marlo, would freeze the mix in a hand-churned ice and salt freezer. Marlo would deliver it when he went to school the next day.

“You never know until after it happens, that moment that will create your legacy,” said Brian Perry, executive vice president, vice chair and fourth generation Perry family member.  “For my great-grandfather that moment there at the kitchen stove would come to define who we are, even in today’s fast paced business world. He is known for saying “make sure we put enough of the ‘good’ stuff” in our products.  95 years later, that is still our company and my family’s promise for everything we do.”

As demand grew, Morton applied the same principles that made his milk sales successful.  He increased his production capacity from the two gallon hand-churned freezer to an electric five gallon batch freezer and began to deliver ice cream to local stores, restaurants and schools, offering exceptional service.

Today, Perry’s is one of the largest ice cream producers in New York State, led by the fourth generation of the Perry family. With over 330 associates they make approximately 500 different items totaling over 12 million gallons per year. Perry’s matchless products, based on the family recipe from H. Morton Perry’s mother, are still made the old-fashioned way – slow cooked to creamy perfection.  Fresh local dairy products and the finest ingredients are sourced for all Perry’s Ice Cream products.

Perry’s Ice Cream, founded in 1918 by H. Morton Perry and headquartered in Western New York, is a family-owned and operated fourth generation ice cream manufacturer with over 330 employees.  Perry’s Ice Cream is proudly made the old-fashioned way, crafted one batch at a time and slow cooked for an exceptionally creamy texture and taste.  For additional information about Perry’s Ice Cream, visit:  www.PerrysIceCream.com or @perrysicecream via Facebook, Twitter, Instagram, YouTube and Pinterest.